Celebrate the life and legacy of George Boole with UCC 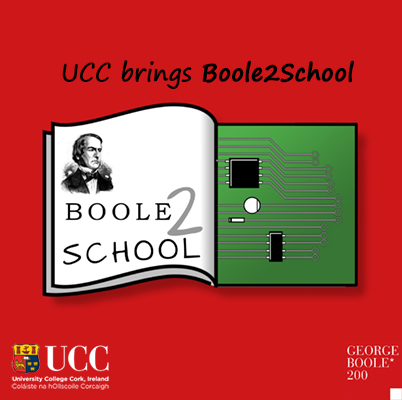 Inspired by Maths Circles Ireland, the George Boole 200 Programme with the support of UCC’s Math Department designed lesson plans and resource packs for teachers to use all over the world. ATECI, with the help of NAPD, IPPN, PDST and with generous support from EMC, drove the project forward and were instrumental in enabling every school student in Ireland complete a lesson based on the work of George Boole on the 200th anniversary of his birth.

Check out some Boole2School Sample Puzzles to get a taste of the lessons. If you would like to become involved with Boole2School any of our other legacy projects, we would love to hear from you.